Bon Jovi, One of the most successful Music Bands in History

Jon Bon Jovi was born John Francis Bongiovi Jr. on March 2, 1962 in Perth Amboy, New Jersey to Italian immigrants. The son of an auto mechanic and a hairdresser, Jon learned the value of hard work early on.

He picked up his father's skill with a wrench and at just 16 years old was working in the family shop alongside his dad. But he was also a kid with big dreams, which he pursued to escape the grime of New Jersey. He took to playing in local bars, where he met Richie Sambora, a guitarist, and the two began to write songs together.

In 1980, after the pair had written some tunes, they formed a band called The Rest. The band then changed its name to Bon Jovi. A self-titled album was produced by David Bryan’s father, eventually leading to a record deal with Mercury Records in 1986.

This album established Bon Jovi as a mainstream act, with its first hit single “You Give Love a Bad Name”. Following the success of their third album, Slippery When Wet (1988), the band became known for the power ballad “Livin’ on a Prayer”, which peaked at No. 3 on the Billboard Hot 100, and their other singles such as “Wanted Dead or Alive”, “Runaway”, “Bad Medicine”, “Keep the Faith”, “It’s My Life”, “Livin’ on a Prayer”, “Say It Isn’t So”, and “Wanted Dead or Alive”. The band has gone on to become one of the best-selling bands of all time, with over 150 million records sold worldwide.

Lead singer and rhythm guitarist, Jon Bon Jovi (who wrote many of the band’s best-known hits), is a winner of the Songwriters Hall of Fame’s BMI Icon Award for his contributions to popular music. The group has also won six Grammy Awards. The band’s music is a mixture of rock, pop, and arena rock.

Their first album was released in 1983. Since then, the band has released 15 albums, which have all been major hits in the United States. 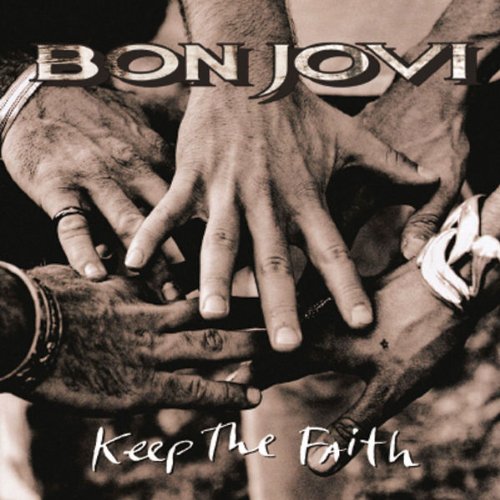