"José Feliciano is a Puerto Rican singer and guitarist. He is known for his interpretations of many popular American and British songs, as well as his own compositions. "

Feliciano's performances in the early 1970s were known for their flamboyant nature, which included costumes, complex lighting effects, and pyrotechnics. His live shows are still noted for their electricity; Frank J. Guida of Allmusic considers him to be one of the best live performers in the world.

Feliciano has sold over 30 million records worldwide." José Feliciano was born in San Juan, Puerto Rico in 1949. As a child, he was forced to sing with his father and brother for money on the streets of Santurce.

It was there that he caught the attention of Willie Rosario who took Feliciano to Tommy Lopez, leader of the salsa orchestra of the same name. He was later introduced to Tito Puente who became his mentor and musical inspiration.

Feliciano took his new-found passion for music to New York City in 1965, where he performed regularly at clubs such as The Gaslight Cafe and The Scene. In 1971, his performances caught the attention of recording executive Clive Davis, who signed him to Arista Records that year. Feliciano's first two albums, "Feliciano! Live" and "Reflections of My Life", were released in 1973, both produced by Davis.

In the mid-1970s, Feliciano had a major hit with the song "Tú y Yo", which was covered by many other artists including The Temptations, Astrud Gilberto, Chet Baker, David Bowie, and Diana Ross.

The album, which reached number 10 on the chart, contained the title track, which peaked at number three on the "Billboard" Hot 100, and number one on the Easy Listening chart. He is most famous for his rendition of "Feliz Navidad" in the 1970s. 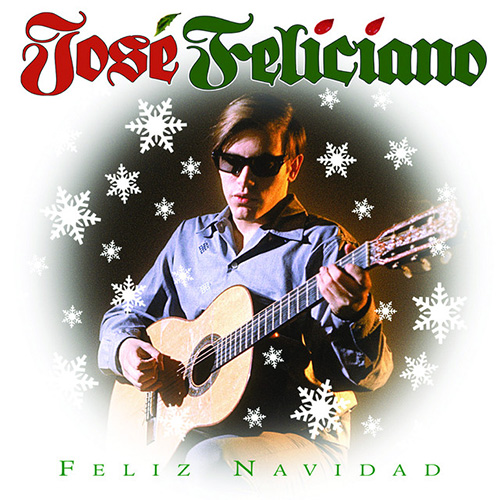